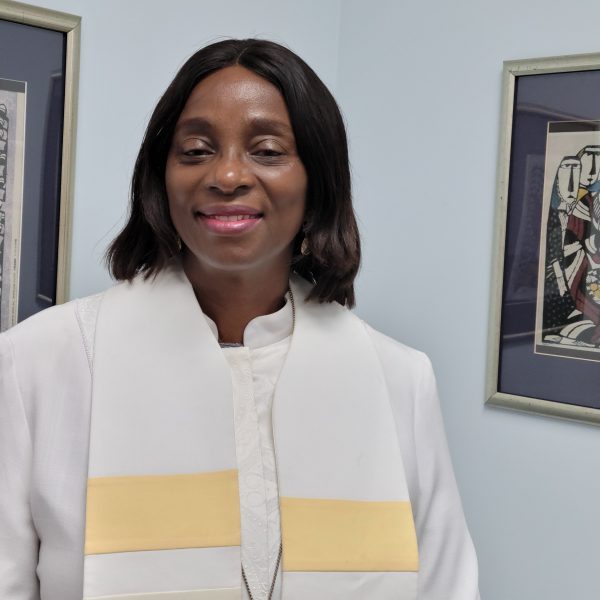 Pastor Esther was born and raised in Ghana, West Africa, where she graduated from Kwadaso Agricultural College in Ghana in 1982.

She was admitted into Wesley Theological Seminary in 2007 and graduated in 2010 with a Masters Divinity degree.

Before moving to the USA, she trained as a Family Life and Marriage Counselor, served as a leadership training team member with International Leadership Institute, and trained Church leaders in Ghana and other parts of Africa. She was also an instructor of Lay Preachers in the Ghana Methodist Church. From 2007 to 2013, she served a Ghanaian Methodist Church in Alexandria, as a Caretaker Pastor. She was appointed to Henderson United Methodist Church in Callao as a Licensed Local Pastor in 2013 and commissioned as a Provisional Elder in 2015.

Esther was ordained as an Elder in full connection at the 2018 Annual Conference and began serving Bethany United Methodist Church in Hampton.

She’s excited to now be at Warwick Memorial and is looking forward to serving and growing with the congregation as disciples of Jesus Christ.